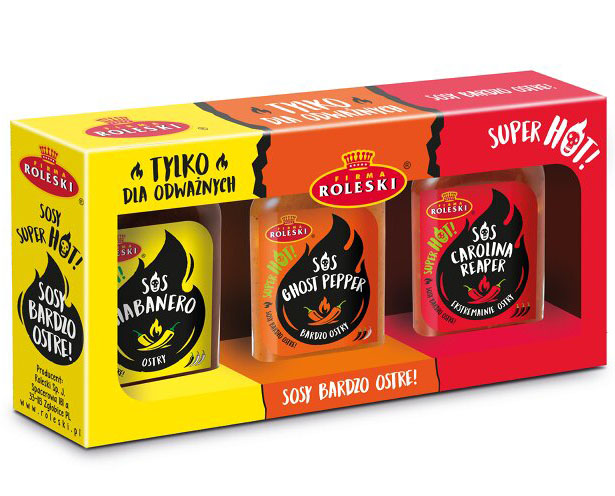 A set of three Super Hot Sauces in a handy box.

Carolina Reaper Sauce – extremely hot
Pepperoni pepper is as low as around 500 when it comes to Scoville heat units, whereas for Carolina Reaper, one of the most pungent peppers in the world, the value is as high as 2,000,000 SHU. Basically, it is really hot and guess what we did. You’re right, we added it to our sauce. Not much, as there is only 1.4% of dried pepper (the equivalent of 14% when it comes to fresh pepper), yet it is extremely powerful (three times more powerful than our Trinidad Scorpion sauce). Use at your own risk. Spiciness appears over time.

Ghost Pepper Sauce – very hot
Ghost Pepper, the so-called “ghost jolokia”, used to be the world’s hottest chili pepper until 2011. It is tiny, yet quite powerful. The way it tastes is quite surprising, too, especially when it is combined with other exotic flavours. Want to give it a try? Feel free, but at your own risk. Spiciness appears over time.

Habanero Sauce – hot
One of the hottest peppers? Habanero is the name of the game. It makes you think of Mexico, Havana and the Caribbean with its sharp taste and a bit of BBQ flavour. Not for the faint-hearted. Do you like it hot? If so, our Habanero sauce is perfect for you.

A bit cheaper in a set! Roleski. Give it a try, you’ll love it!

For the review of Roleski Super Hot Sauces go to Crazy Home Production channel on YouTube. 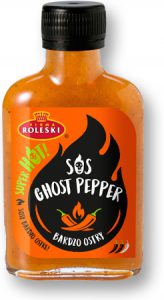 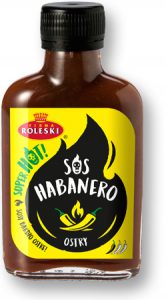 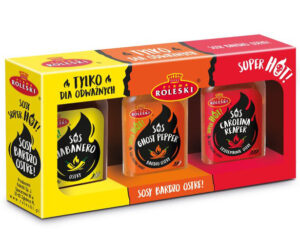 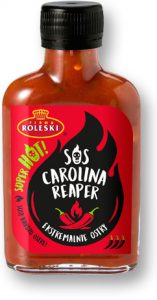 Ladies and Gentlemen, Your privacy and security are our priority. Therefore, please - agree to the processing of your personal data that goes to us when you use the website republikaroleski.pl. You can withdraw your consent at any time by contacting us.
Accept Read more
Privacy & Cookies Policy

This website uses cookies to improve your experience while you navigate through the website. Out of these, the cookies that are categorized as necessary are stored on your browser as they are essential for the working of basic functionalities of the website. We also use third-party cookies that help us analyze and understand how you use this website. These cookies will be stored in your browser only with your consent. You also have the option to opt-out of these cookies. But opting out of some of these cookies may affect your browsing experience.
Necessary Always Enabled
Necessary cookies are absolutely essential for the website to function properly. This category only includes cookies that ensures basic functionalities and security features of the website. These cookies do not store any personal information.
Non-necessary
Any cookies that may not be particularly necessary for the website to function and is used specifically to collect user personal data via analytics, ads, other embedded contents are termed as non-necessary cookies. It is mandatory to procure user consent prior to running these cookies on your website.
SAVE & ACCEPT